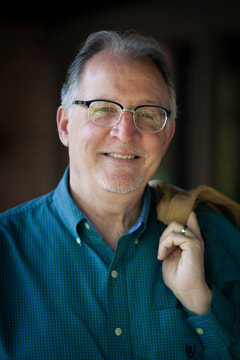 Music Co-Director — Peter Van Keuren
Pete grew up on Lakehill Road in Burnt Hills, just down the road from the church. He is the
only son and 'baby' of a family that included three daughters. His father was a choir member and was instrumental in the original construction of BHUMC and his mother often spoke from the church's pulpit as a licensed preacher and helped organize the first Lord's Acre Auction and Fair. Pete and wife Pat have been married for over 41 years. They are blessed with daughter Nicole, son Jeremy, and two grandkids, Madelyn and Jack.

During school, Pete could often be found banging on the keys in the Music Wing. He studied music history, theory and composition while in high school at Burnt Hills and in college in North Carolina. “Upon graduation, I put my four-year degrees in History and Political Science
to good work, coming home to join a band! My parents were so proud!”

He continues playing out as a solo artist and as a member of a duo, trio or ensemble. He maintains a website, pvkmusic.com, which includes some of his recordings, song stories, and upcoming appearances. In 1997, Pete released his first recording of original tunes, entitled 'Closer To Home.' He released a second offering of his music, 'Lights In The Distance' in 2013, and continues working on future recordings.

“The music program at BHUMC continues to be rich in worship and praise. We are all offering up our praise to an audience of one, our precious Savior, and hope we are worthy.” 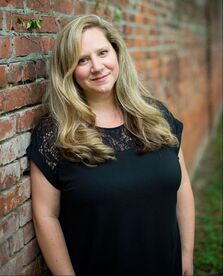 ​Music Co-Director — Jill Zygo
Jillian Zygo grew up right here in Burnt Hills and was raised in the United Methodist Church. She is thrilled to be giving back to this community after living in New York City for six years.  Jillian graduated from SUNY Geneseo with a Bachelor of Arts in Theatre and a minor in Musical Theatre. She is an accomplished singer and performer who has entertained audiences in 49 of the 50 states. Some day she will make it to Alaska! Jillian has years of experience in working with children in the Arts. She was a professional Child Guardian on Broadway and is currently the Education Program Manager at Saratoga Performing Arts Center. She has been the Youth Choir Director at the BHUMC for over four years. She is excited to continue to expand youth involvement through praise music. Jillian established and conducts the Cherub Choir, the Youth Choir, and the Voices of Hope Choir.  She also enjoys conducting the Chancel Choir and continues to expand her knowledge while collaborating with the talented Pete VanKeuren. Jillian believes that praise music has the ability to bring people together, brighten lives and enhance the worship experience.

Jillian was married to her husband J. Michael in the BHUMC in 2005. They have a witty, spunky and loving daughter named Maizy who was baptized by Pastor Holly Nye and retired minister Don Washburn in 2015.